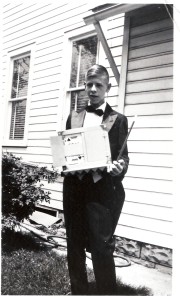 Dick Stoner is an amazingly funny performer and speaker that brings laughter and magic to over 300 events a year. Dick has made frequent appearances on many national TV shows as well as hosting this own TV show for seven years.

Dick’s entertaining comedy magic presentation is in demand because of his ability to customize his hilarious routines to make idea, themes, products and services more memorable. He is currently spokesperson for many top corporations and associations, using his talent to introduce new products and ideas in infomercials, at trade shows and other marketing events coast to coast.

Dick is an entrepreneur, president of Stoner’s Funstore ~ a magic costume and novelty business, producer of teaching videos that have sold world wide and a professional entertainment who makes many encore performances numerous major companies. He makes meetings and ideas more fun and memorable with comedy, magic and audience participation. Request this King of Comedy’s audition DVD and picture your people in these hilarious situations.